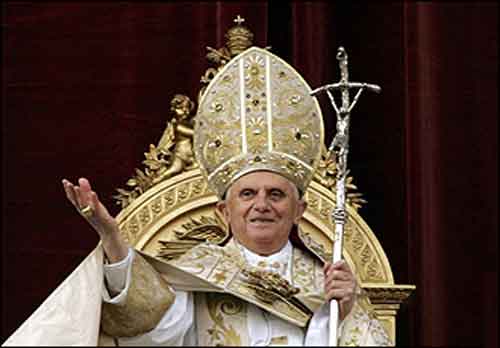 Pope Benedict XVI head of the Roman Catholic based in the Vatican City , Rome , Italy. The scandal within the church where its epicenter was in fact here in the United States almost brought the church to its knees in North America had many of its followers questioning their faith and that of the church’s authority when it came to the abuse scandal and in particular the morlas and behaviour of its priests. Benedict at first seemed none committal in acknowledging the very fact that the sex abuse scandal had taken place at all. courtesy of AFP/ Reuters/ Adriano Faustino ……….