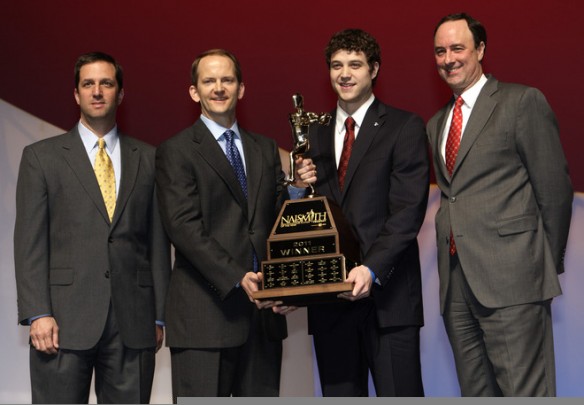 (2) HOUSTON – April 3rd 2011 : Jimmer Fredette of BYU receives the 2011 Naismith Trophy Presented by AT&T from David Christopher of AT&T during the NABC Guardians of the Game Awards Program on April 3, 2011 in Houston, Texas. Joining them on stage are Eric Oberman (L) and Barry Goheen (R) of the Atlanta Tipoff Club. Photo by Bob Levey/Getty Images ……….