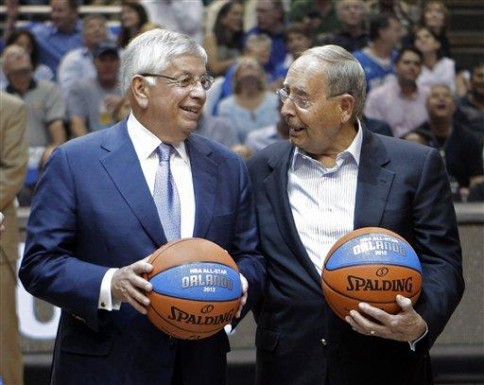 NBA commissioner David Stern, left, chats with Orlando Magic owner Rich DeVos during the first half of Game 1 in a second-round of the NBA basketball playoff series between the Magic and the Atlanta Hawks in Orlando, Fla., Tuesday, May 4, 2010. Stern announced earlier Tuesday that the 2012 All-Star Game will be held in Orlando. (AP Photo/John Raoux ……..