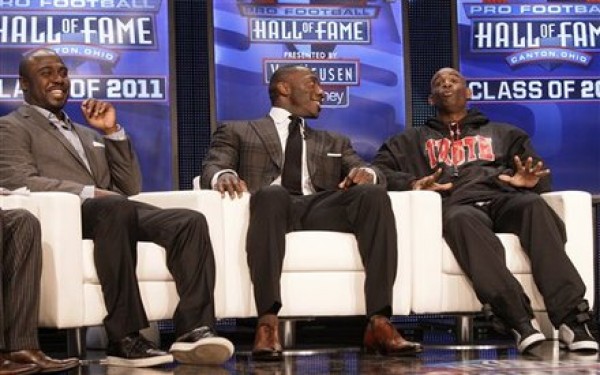 FILE – This Feb. 5, 2011, file photo shows members of the NFL Football Hall of Fame 2011 class, from left, Marshall Faulk, Shannon Sharpe and Deion Sanders, being interviewed following the announcement, in Dallas. Shannon Sharpe has chosen his older brother, former star receiver Sterling Sharpe, as his presenter when he is enshrined into the Pro Football Hall of Fame next month. The Hall announced the presenters for the Aug. 6 ceremony on Monday, July 11, 2011. (AP Photo/Tony Gutierrez, File)