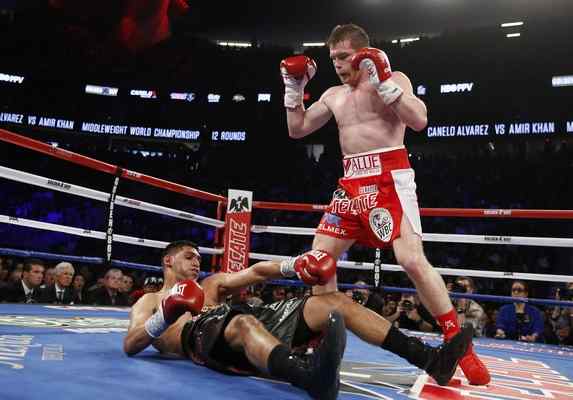 (3) Saul ‘Canelo’ Alvarez (standing) is seen here defeating Amir Khan for the WBC Middleweight Title . Khan knocked out in the sixth round by a devastating right hook to his chin which laid the British fighter prostrate on the canvas. Alvarez hopes to meet Gennady Golovkin for the linear and undisputed Middleweight Title later in 2016 , subject to the approval of the WBC and the signing of the contracts by both fighters in the scheduling of the bout. AP Photo/ Terrence Marsh ….